The 2019 Nissan Rogue is a small crossover that’s notable for its comfortable and roomy interior and outstanding safety scores. The 2019 Honda CR-V is another crossover that competes with the Rogue at Salinas car dealerships. The Rogue and the CR-V are two of the most popular compact crossovers available today. If you’re considering buying either of these two vehicles, you’ll want to read on as we compare the Rogue and the CR-V to see which one comes out on top.

Although the Honda is a little more affordable at car dealers near Salinas, it’s not as well-equipped as the 2019 Nissan Rogue at the entry level. The Nissan Rogue is a much better value at the other end of the trim-level spectrum. An all-wheel-drive Nissan Rogue SL Hybrid has a Manufacturer Suggested Retail Price (MSRP) of just $32,990, while the current top-of-the-line CR-V Touring AWD starts from $34,150. 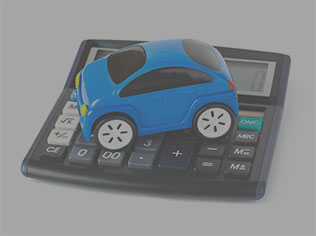 The Nissan Rogue with the 2.5-liter four-cylinder engine gets better fuel economy than the CR-V with its 2.4-liter four-cylinder unit. The EPA estimates the Rogue gets 26 mpg in the city and 33 mpg on the highway with front-wheel drive and 25mpg city/32 mpg highway with the optional all-wheel drive. The front-wheel-drive Honda CR-V gets 26mpg city/32 mpg highway, and all-wheel-drive versions get 25 mpg city/31 mpg highway, which is a little less than its Nissan rival.

Get A Quick Quote 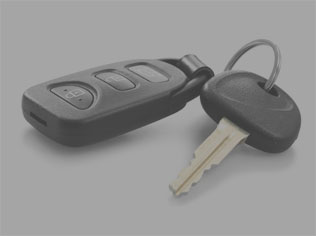 Both the 2019 Nissan Rogue and the 2019 Honda CR-V have impressive interiors, but the Rogue has the edge in this contest, with a little extra flexibility. Interior dimensions are almost identical, although front seat occupants get a bit more head- and legroom in the Rogue. The Rogue also has second row seats that slide backward and forwards to adjust the balance between rear legroom and cargo capacity in the trunk.

There's nothing wrong with the way the Honda CR-V looks, but it's not very inspiring and it's not going to stand out in a crowded parking lot. The Nissan Rogue isn’t perhaps as daring as some of its current Japanese rivals, but it looks just the way most buyers want their SUV to look. It's attractive, modern and a little rugged. It looks like an SUV, which isn’t something you can say about every model in this segment right now.

The base CR-V comes standard with power features, 17-inch alloy wheels and a Bluetooth infotainment system with a 5.0-inch screen. However, the Rogue S gets all that, and also comes with blind-spot monitoring, automatic emergency braking, active lane control, and a larger 7.0-inch infotainment touchscreen system that's Apple CarPlay and Android Auto compatible.

Both the 2019 Nissan Rogue and the 2019 Honda CR-V are outstanding crossovers, and both have their adherents.  But when you examine each model closely and compare their features head-to-head, the 2019 Nissan Rogue emerges as the better of the two. It's the more attractive of the pair, and it also provides better value for money at all trim levels.